Doctors Without Borders/Médecins Sans Frontières (MSF)  is a worldwide movement of current and former field staff, grouped into national and regional associations. Collectively, they make sure that MSF stays true to its mission and principles. 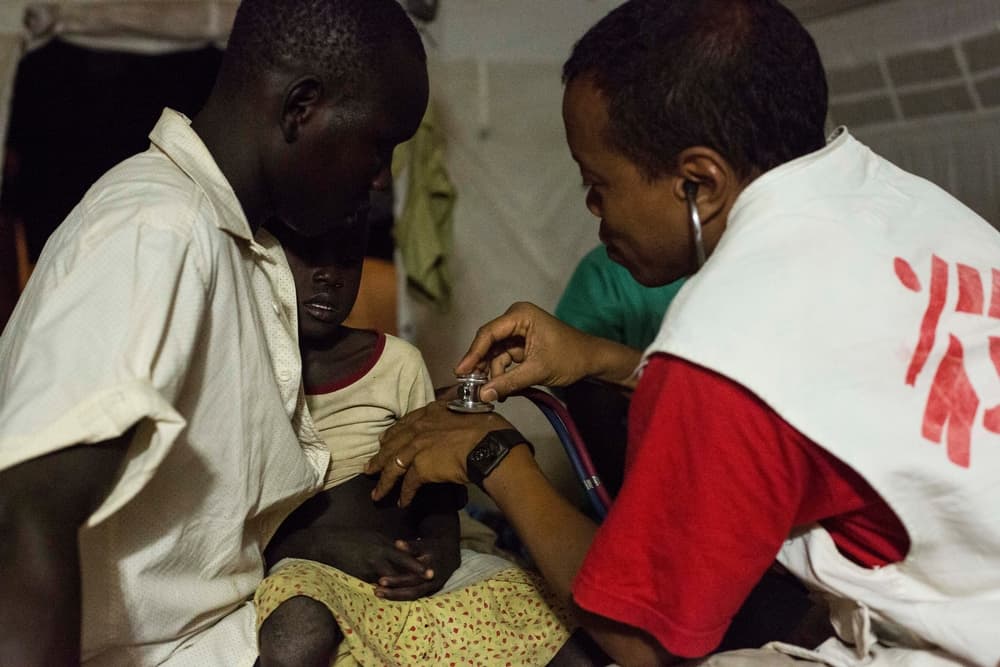 MSF doctor on call is checking the temperature of his stethoscope before putting on the little girl’s skin at Yida refugee camp. © Camille Lepage

Currently, there are 23 associations. All are independent legal entities, and each elects its own board of directors and president. Most associations have an executive office that raises funds and recruits staff for MSF’s operations.

The associations are attached to five operational directorates, which manage MSF’s humanitarian assistance programmes. Other units, including supply centers and medical units, also support our activities.

MSF offices, units, directorates and associations interconnect and work together in various ways, and are formally bound as one movement by a shared name, a shared commitment to the MSF Charter and principles and shared membership of MSF International. Three specialised public-health centers called Epicenter, Aedes and HealthNet work with MSF to help expand expertise in specialist medical issues.

In 1999 MSF set up the Access Campaign to push for access to, and the development of, life-saving and life prolonging medicines, diagnostic tests and vaccines for patients in our programmes and beyond.

We set this project up with the prize money from the Nobel Peace Prize, which MSF was awarded in 1999.

MSF is well known for its humanitarian medical work, but it has also produced important research based on its field experience with vulnerable populations.

This website archives MSF’s scientific articles and makes them available free, with full text, and in an easily searchable format.

For 30 years, MSF has directly witnessed the human cost of the lack of drugs for neglected diseases and has raised its voice against this inequity. In 2003, seven organisations from around the world joined forces to establish the Drugs for Neglected Diseases initiative (DNDi).