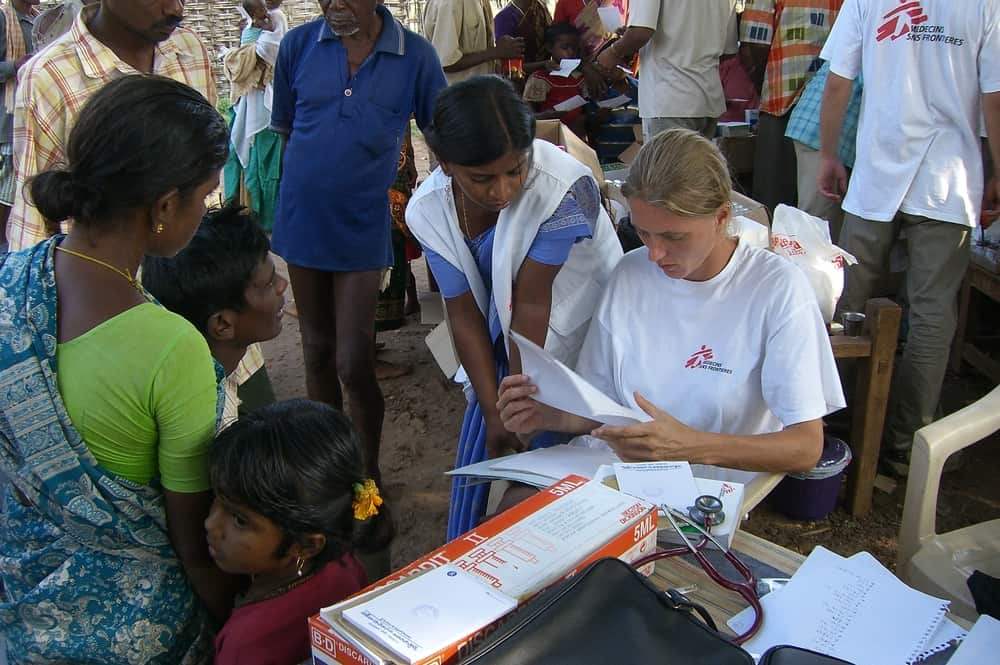 MSF was founded in Paris, France in 1971. Its principles are described in the organisation’s founding charter. It is a non-profit, self-governed organisation.

Today, MSF is a worldwide movement of 23 associations, bound together as MSF International, based in Switzerland.

Thousands of health professionals, logistical and administrative staff – most of whom are hired locally – work on programmesin some 70 countries worldwide.

As an independent and self-directed organisation, MSF’s actions are guided by medical ethics and the principles of neutrality and impartiality. This means that MSF offers assistance to people based only on need and irrespective of race, religion, gender or political affiliation.

MSF strives to ensure that we have the power to freely evaluate medical needs, to access populations without restriction and to directly control the aid we provide giving priority to those in most grave danger. MSF does not take sides in armed conflict and insists on unhindered access to patients.

When MSF is witness to massive and neglected acts of violence against individuals and groups, we may speak out publicly based on eyewitness accounts, medical data and experience.

The work of MSF is carried out by over 30,000 health professionals, logistics experts and administrative staff who run projects in approximately 65 countries around the world.

Numerous awards have been given to MSF since its creation in recognition of the organisation’s humanitarian work. Its awards include:

The ‘Indira Gandhi Prize for Peace, Disarmament and Development’ in 1996

The ‘Nansen Medal’, United Nations High Commissioner for Refugees in 1993