Doctors Without Borders / Médecins Sans Frontières (MSF)  work in over 65 countries around the world, each with its own unique circumstances, but MSF missions generally follow a common pattern to make sure our resources and expertise are used in the best way possible. 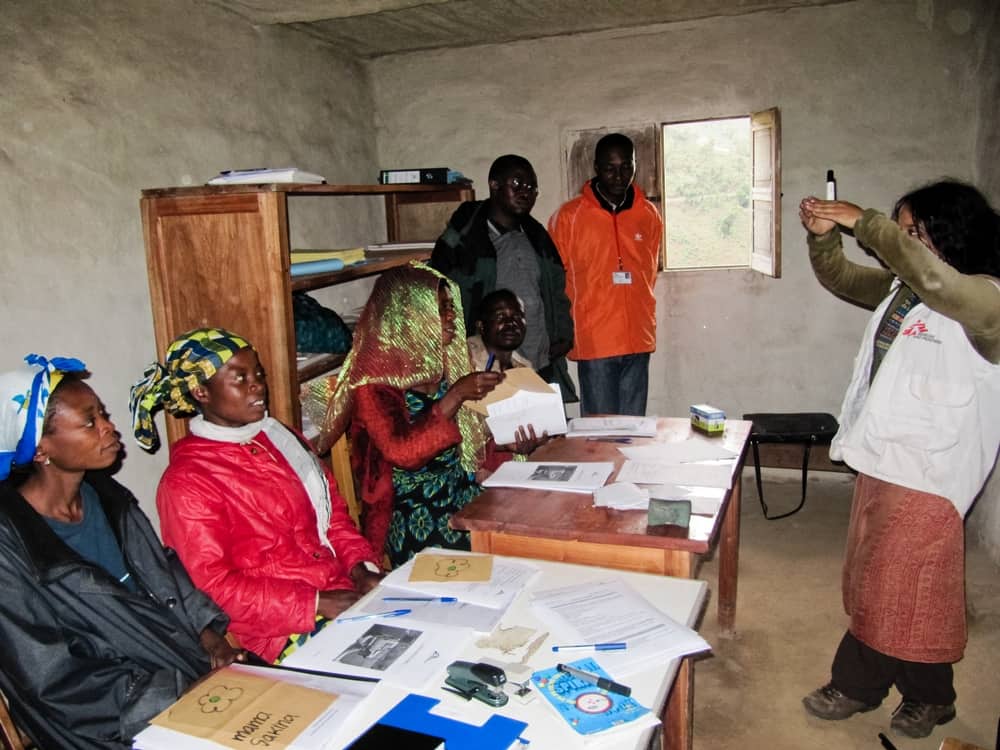 When a crisis breaks we act fast to gauge the needs, mobilising MSF staff already in the area or sending in an emergency team.  In reality, these two groups often work closely together and we can begin treating people even as we develop the full plan.

In Haiti, for example, our staff treated the first victim of 2010’s earthquake within five minutes, even before the emergency team deployed. This is because we have emergency supplies – from surgical kits and inflatable hospital and cholera kits – ready at all times, as well as cash reserves for disaster response.

This means we do not need to wait for institutional donors to release money or a crisis to catch the public consciousness: we can act where and when the need is greatest.

We are alerted to crises in many different ways and triggers for the assessment mission can come from various sources:

Once the information has been checked and validated, we send a team of medical and logistics experts to the crisis area to carry out a quick and efficient evaluation. This might be staff already working in the area or specialists deployed from our HQ.

The emergency team is a group of people with a lot of field experience in key areas, such as medical care, logistics and management. They are on stand-by 24/7 and can be deployed within hours of an emergency breaking. They are often responsible for the initial assessment and can stay for months to provide the first life-saving care while a longer-term project is put in place.

The team assesses the situation, the number of people affected and the needs, and sends a proposal back to the MSF headquarters office.

When the proposal is approved, staff at MSF headquarters start the process of selecting personnel, organising materials and resources and securing project funds.

Once the project plan has been drawn up and confirmed, technical equipment and resources are sent to the area.

In large crises, planes fly in all the necessary materials so that the work can begin immediately. Thanks to set protocols, specialised kits and our logistics centers, MSF can distribute material and equipment within hours, ready for the response team to start work as soon as they arrive.

Some countries, which may be prone to crises, have emergency supplies on standby in warehouses.

To reduce costs, if speed is not of the essence, MSF ships the majority of material and drugs by sea. A significant amount of drugs (generic drugs) are bought by MSF in India and are dispatched to MSF projects worldwide.

The team in the field

An average field project team has between four and 12 international volunteers working in collaboration with up to 200 or more local staff.

Field operations are managed by a country manager (‘Head of Mission’ or ‘Director’) and a coordination team. This often includes a medical coordinator, a logistical coordinator and a financial coordinator, typically in the capital city of each country where MSF works.

These people oversee the project and act as liaison between MSF, local authorities, partners, and other non-governmental organisations (NGOs). They report regularly to the Operations Departments at their headquarters.

The vast majority of MSF’s money – some 90 percent – comes from individual donors giving us small amounts. This frees us from the strings that may come attached to money from governments or large institutions. It also allows us to act quickly.

Money is collected through MSF offices in 25 countries. All of the money is pooled and used to fund MSF actions across the globe, from fundraising to front line services. Over 87 percent goes to our field projects.

We keep around 25 percent of our funds as cash, ready to spend on emergencies. This means we do not need to launch a fundraising appeal before we launch a humanitarian response. We act first, based on need, and build our fundraising around the realities on the ground.

International staff receive a small sum for their commitment to MSF, while the national staff are paid a wage. We keep costs down by using generic medications, buying in bulk and carefully managing our supply lines.

MSF projects generally have a life span somewhere between 18 months and three and a half years, but we have been in some areas for decades in one form or another.

There are clear differences between an emergency response and a long-term healthcare project, but they all follow roughly the same process, as described here.